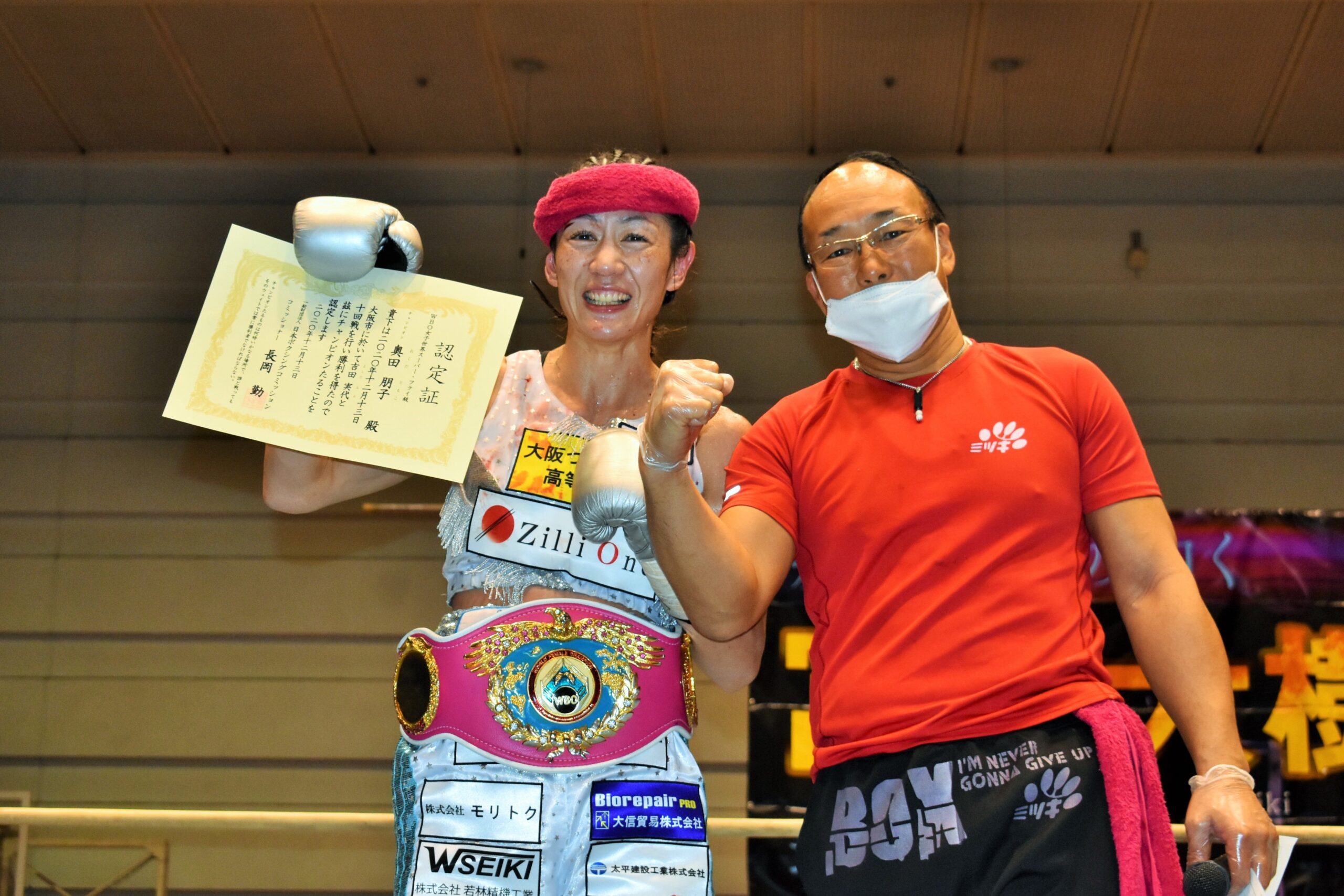 Having been a judoist at Ritsumeikan University to be a physical director, Okuda started to learn how to box at the age of thirty at Mitsuki Gym in Osaka.

The taller challenger caught the champ, 32, with a quick left-right in the opening session, and went to maintain the initiative thereafter. Yoshida, making his second defense, attempted to mix it up in the close quarter, but Okuda made good use of her long arms to grab the champ and avert her retaliation. The fifth saw Okuda sustain a cut over the right optic by an accidental butt, and she became unable to go on with more bleeding midway in round six.

The schoolteacher said, “It’s like a dream come true.” The dethroned champ, crying over her forfeiture of the belt in the dressing room, deserves a rematch since she was trying to fight back to overcome her early deficits on points and keep her belt.