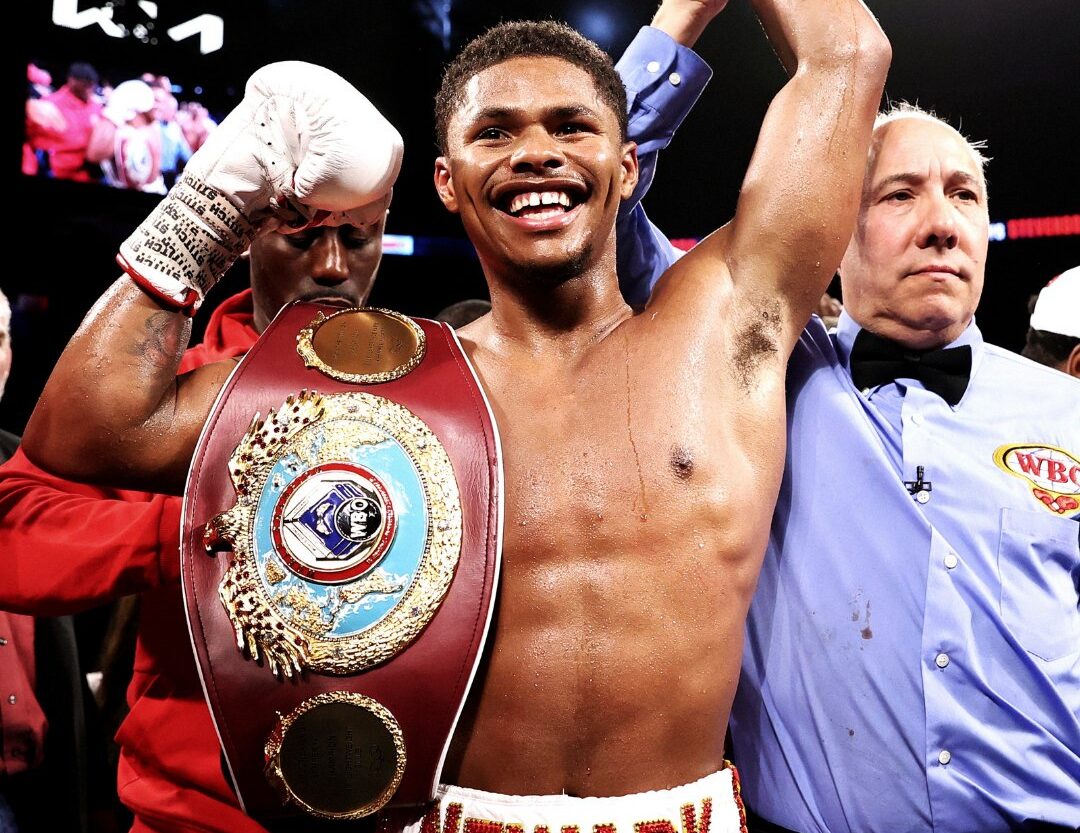 Bruised and cut, referee Mark Nelson stopped the fight with Stevenson pitching a shutout on two of the three cards.

“Around the fifth round, I was landing everything and then he started trying to come on,” Stevenson said. “I smelled blood. I saw he was bleeding and was like, ‘OK, I have to attack the cut. I was trying to touch the cut to make the doctor try and stop it.”

Said Top Rank chairman Bob Arum, “A sensational performance from Shakur Stevenson, who showed why so many think he’s the future pound-for-pound king. Jamel Herring displayed the heart of a champion, but he was in there with an incredible fighter tonight.” Herring (23-3, 11 KOs) has made a career off of upsetting the odds, bouncing back from a pair of lightweight defeats to become a world champion. He defended his title three times and had designs on derailing a potential pound-for-pound superstar.

“He’s sharp and slick. His hand-eye coordination is very good,” Herring said. “No excuses. He was just the better man tonight.”

Stevenson (17-0, 9 KOs), from Newark, New Jersey, has been destined for stardom since capturing a silver medal at the 2016 Rio Olympics. He had a brief run as a featherweight champion, but had never faced an established world champion until Herring. Stevenson picked Herring apart at mid range, while Herring tried in vain to ugly things up on the inside.

As soon as the fight ended, talk began about Stevenson’s next foe. The top name on his list is the WBC champion at 130 pounds, Mexican star Oscar Valdez.