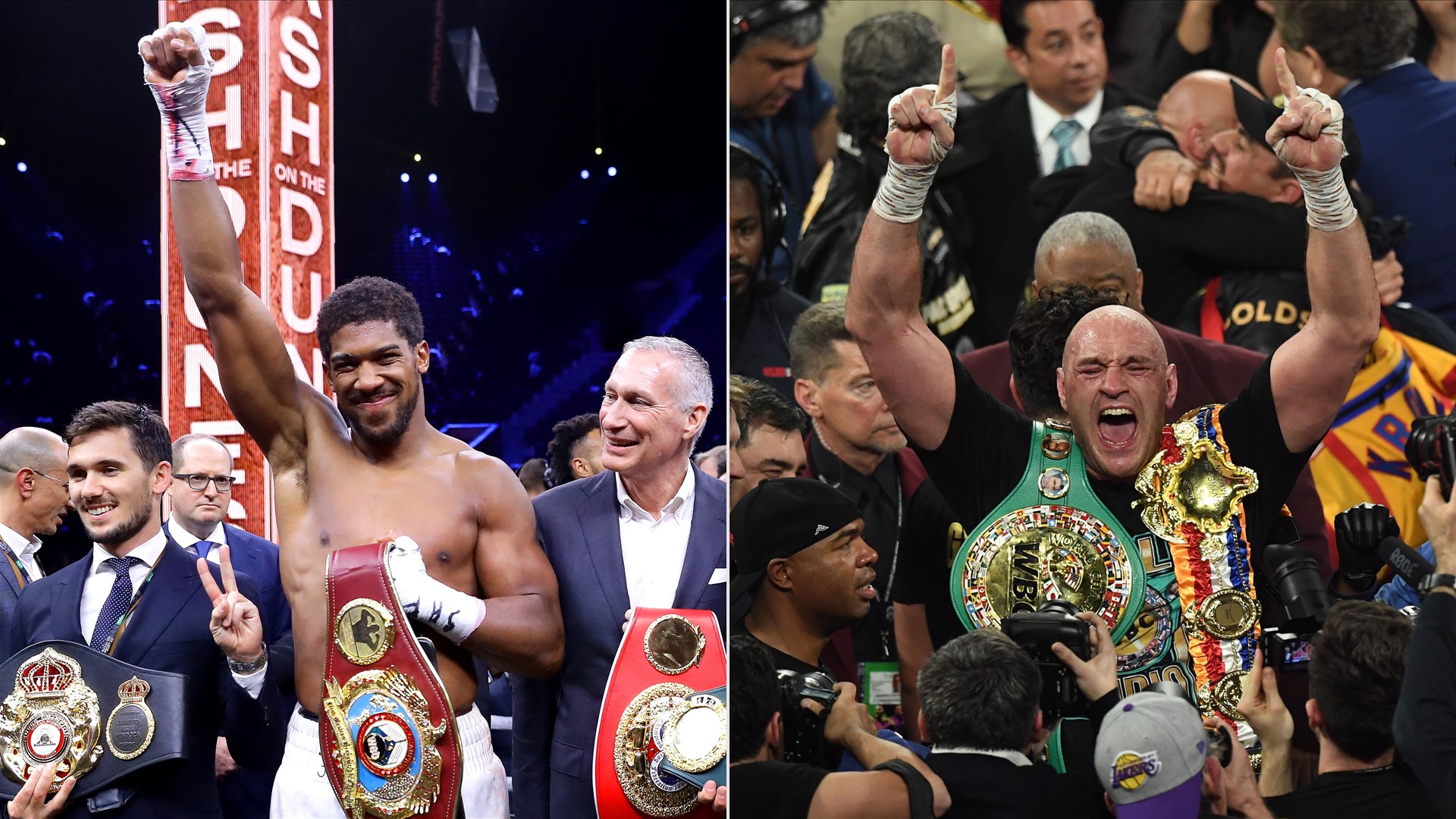 Britain’s rival champions have been holding talks over an undisputed world heavyweight title fight and have thrashed out initial terms for two blockbuster battles.

“We have the Dillian Whyte mandatory which is due before this fight.

“It’s fair to say [Joshua and Fury] are in agreement regarding the financial terms of the fight.

“We’ve been talking to [Fury’s management team] MTK, giving them the assurances from Joshua’s side that all the details on the structure of the deal is approved from our side. And it is from Fury’s side, as well.

“We’re in a good place. It’s fair to say that, in principle, both guys have agreed to that fight. Two fights.

“[There’s] a lot to overcome in the meantime. We’re moving in the right direction. I’m confident that both guys have given their blessing for the fight to go ahead.

“The point of Fury, Joshua and the teams agreeing to the structure of the deal? The first fight could happen next summer. It will be 2021.

“There is a big period of time where Whyte should get his shot at the title. That’s important to us.

“The main positive news is that Joshua and Fury have agreed to a two-fight deal, in essence.

“The most difficult part of any deal is the financial element. I believe we’re in a great place where both guys have agreed to what that should be.

“We have not signed contracts because there are still things to be worked out.

“We’re pushing towards a place where they can be drafted, for 2021.

“Both guys are in agreement. The structure of the deal has been put forward, and agreed to by both parties.

“There is a model in place that both parties are happy with.

“It’s the biggest fight ever in British boxing. It doesn’t get bigger, and there will never be a bigger fight in our generation.

“Two guys, very different, who fight differently, have experienced different things and have come back from adversity.”

Fury is the unbeaten WBC heavyweight champion and Joshua holds the IBF, WBA and WBO titles. Whyte is due a mandatory shot at Fury’s belt by February 2021.

Before the undisputed title fight can take place, Fury is contracted to face Deontay Wilder for a third time and Joshua will meet mandatory challenger Kubrat Pulev.

Asked about a possible location for the Joshua vs Fury fight, Hearn added: “There are discussions with various sites.

“From a common-sense point of view and without knowing how a deal works, everyone will say Britain is the place to hold the fight. But it is the world heavyweight championship – there will be all sorts of offers from across the world, and there have been already.

“The venue is another obstacle to overcome.”

Fury’s UK-based promoter Frank Warren had previously told Sky Sports: “This is not a difficult fight to make.

“It’s not about me or [Hearn’s company] Matchroom. It’s about getting this fight made.”

Top Rank’s Bob Arum, who promotes Fury in the US, previously told Sky Sports: “I don’t think the negotiations would be fraught with difficulty. We could negotiate the deal, if we met in person, over the course of one day.

“We are not known for playing games. We understand Eddie. I worked for many years with his father Barry.

“My prediction would be: we get a deal done over the course of one day.”

Joshua exclusively told Sky Sports: “Logically to prove yourself as No 1, I have to fight Tyson Fury. He has to fight Anthony Joshua.

“What it will prove, me and him fighting? There will be one dominant figure in the heavyweight division that will have all of the belts and become undisputed.”

Fury exclusively told Sky Sports: “In heavyweight boxing, you can never count your chickens before they hatch, so one fight at a time. One victory at a time.

“All going well, god willing, we get on the big fight with me and Joshua, the all-British showdown and I can give the fans what they want to see, especially the British fans.”

Fury confirmed the agreement with Joshua via social media: “Two-fight deal, Fury vs Joshua next year. One problem? I’ve got to smash Wilder. Then we go into the Joshua fight. It’s on, next year, but there is a hurdle in the road called Wilder.”