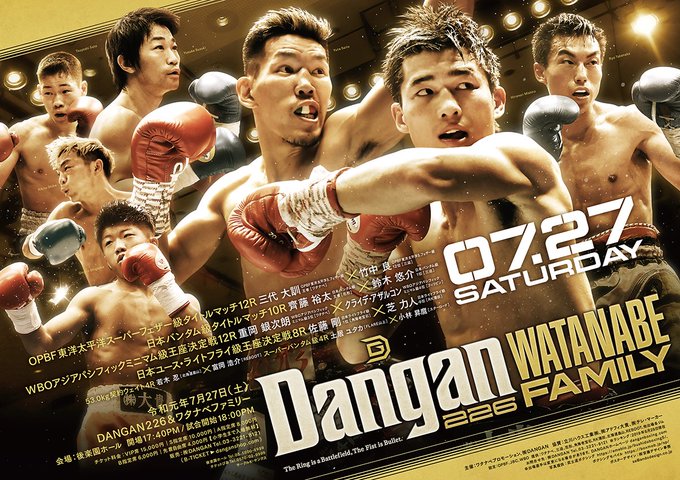 The talented Shigeoka, who went 56-1 (17) in the amateurs, has been eyed as the next fighter on the long conveyor belt of talent that Japan is turning out and the fact he’s fighting for a title so early in his career really does show the belief the Watanabe Gym have in him.

Despite still being a novice Shigeoka impressed against Filipino Joel Lino last time out and it appears that that performance, as well as performances in the gym and his amateur pedigree, have convinced the Watanabe gym to get him this shot. If he wins he would go on to set the record for the least time for a Japanese male to win a title, 10 months and 2 days from debut, and tie the Japanese record for fewest fights to win a title, tying the record jointly held by Joichiro Tatsuyoshi who won a Japanese title in his 4th bout, Naoya Inoue, also Japanese title, and Kosei Tanaka, who won the OPBF title in his fourth bout.​

Whilst the focus is clearly on Shigeoka this match isn’t a foregone conclusion and Azarcon is a talented 24 year old who lost early in his career but has battled back well. He suffered his second loss last year, losing to Rene Mark Cuarto, and fought to a draw in February with Garry Rojo.

This will be Azarcon’s first bout outside of the Philippines and a win would put him on the map, though he, obviously, enters as the under-dog.

This bout will take place on July 27th at the Korakuen Hall on Dangan 226.