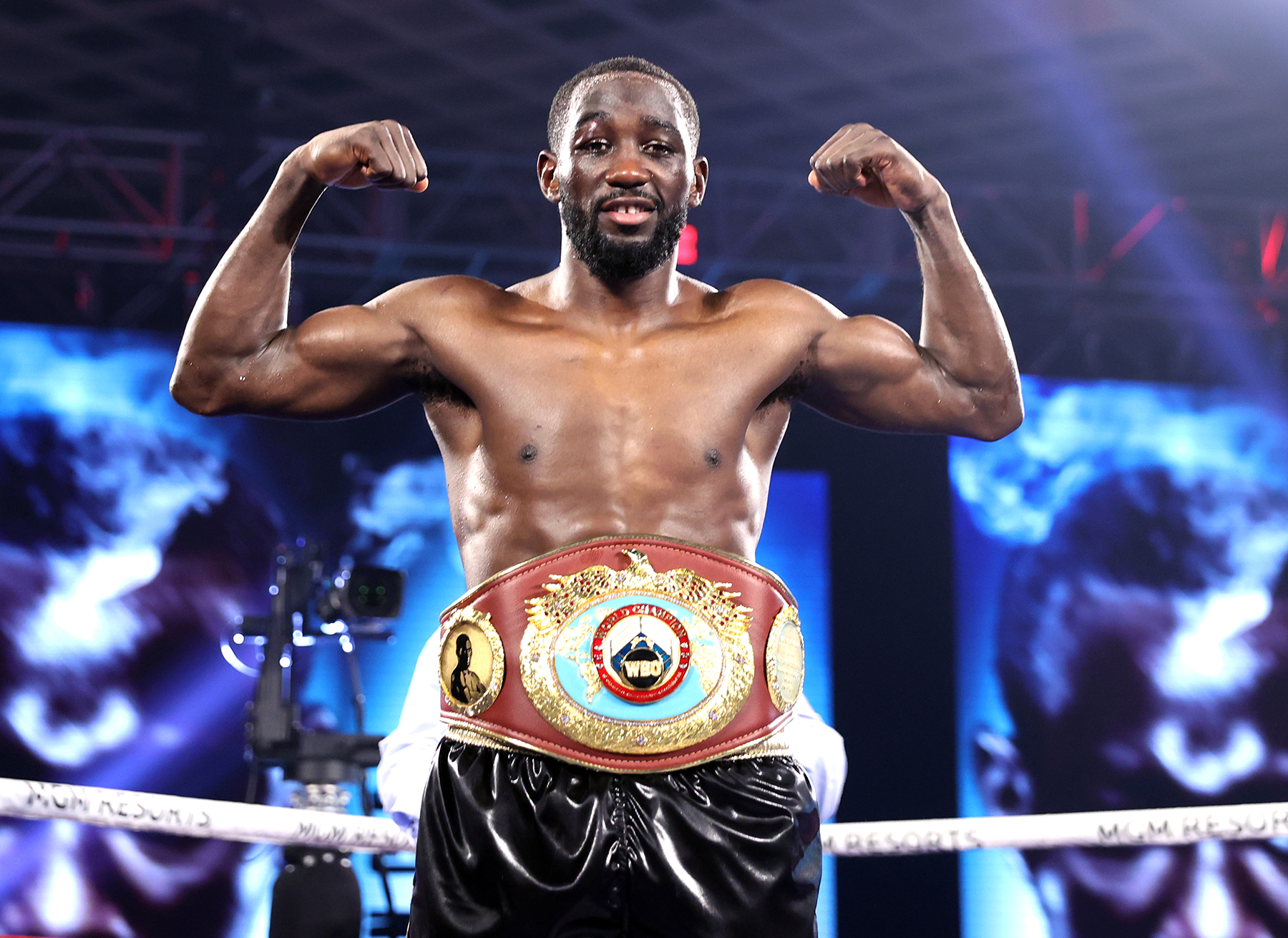 Brook (39-3, 27 KOs) was leading on two of three judges’ cards entering the fourth round, but it was Crawford (37-0, 28 KOs) who unleashed the boom. A right jab forced Brook into the ropes for a knockdown. The end was near, as Crawford unleashed a combination that prompted referee Tony Weeks to stop the fight. Crawford has now won eight straight fights by knockout dating back to July 2016.

“I already said who I want {next}. I want Pacquiao. I want to revisit that fight,” Crawford said. “That was a fight that should’ve happened right now. But being that the pandemic happened, and they weren’t going to allow fans in the Middle East, they had to put a hold to that. Everything was 95 percent done. We had the venue. The money was almost there. It wasn’t quite there. That was the only thing we were waiting on.

“Kell is a tremendous talent. He came and he tried to take my title. He was in shape. He made the weight. There were no excuses to be put on the table. He came off of three wins.”

Added Brook, “Never in my career, nobody has ever done that to me in sparring or anything.

“It was one of them… I got caught with a shot I didn’t see. I’m gutted because nobody could’ve gotten me in better condition. I was bang on the limit. Maybe I could’ve been a bit more relaxed and loose and let the shots go.”

👑 LEFT NO DOUBT 👑@terencecrawford stuns Kell Brook with a big right hand and wastes no time closing the show in Round 4. Goodness … #CrawfordBrook pic.twitter.com/pvD56GdSdL

Top Rank chairman Bob Arum said, “Terence Crawford showed, once again, why he is the best welterweight in the world. It was a dominating performance over a very good fighter in Kell Brook. Terence ranks up there with all the great welterweights I’ve promoted.”