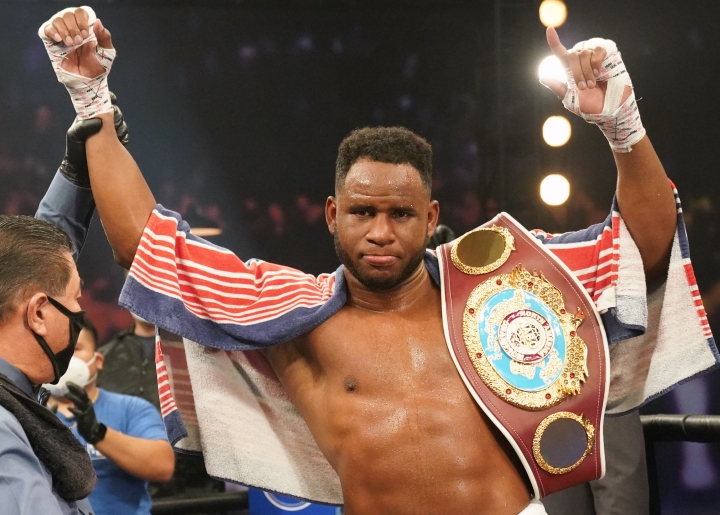 Rising heavyweight Frank “The Cuban Flash” Sanchez (16-0, 12 KOs) scored a fourth-round knockout over Brian Howard (15-4, 12 KOs), knocking him down three times on his way to the victory to retain his WBO NABO Heavyweight title on FOX PBC Fight Night main event and FOX Deportes from Microsoft Theater in Los Angeles.

Sanchez showed improved aggression against Howard, stalking his opponent and forcing the action effectively from the outset. Late in round three, Sanchez broke through with a right uppercut that stunned Howard, before a left hook and straight right hand sent him to the mat.

Howard made it through the round, but in round four Sanchez put him down again with a left hook in the round’s opening moments. Sanchez’s third knockdown of the fight came on chopping right and left hands shortly after. A final flurry from Sanchez eventually forced referee Jerry Cantu to halt the fight 2:07 into the round.

Sanchez controlled the action throughout, out landing Howard 66 to 11, while connecting on 35% of his punches.

Sanchez finishes Brian Howard after sending him to the canvas multiple times. Sanchez's speed and power was too much for Howard, culminating in a RD4 KO. #SanchezHoward pic.twitter.com/R0sNdXLF16