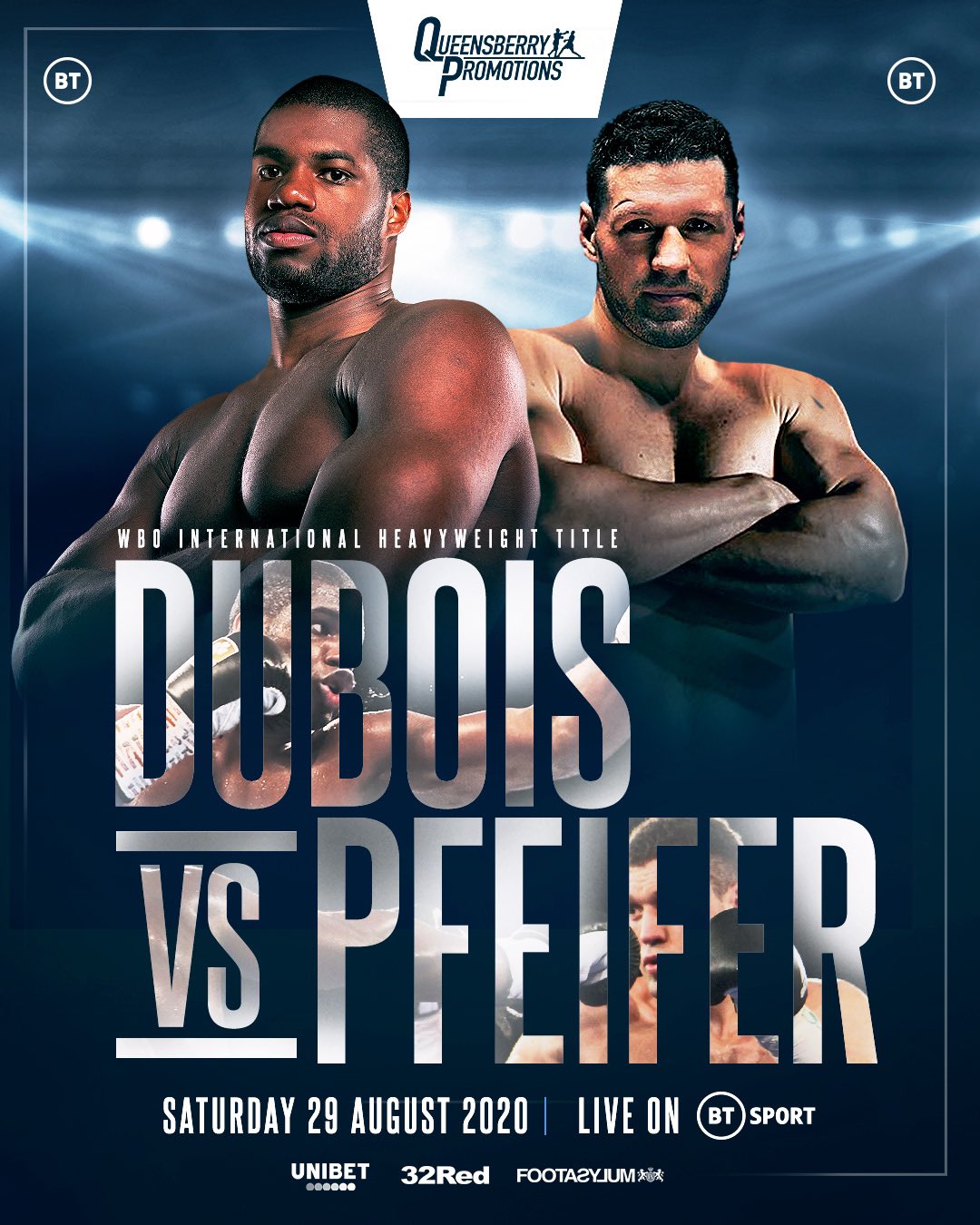 That show will be headlined by a WBO European Jr. Lightweight Title clash between champion Archie Sharp (18-0, 9KO’s) and challenger Jeff Ofori (10-2-1, 3KO’s).

Dubois will take on a proper test in Russian-born Erik Pfeifer (7-0, 5KO’s) on Saturday 29th August, with Daniel’s WBO International Heavyweight title on the line.

Frank Warren:
We wanted to get our fighters active again at the earliest opportunity and we are doing what we promised on Friday, live from the BT Sport studio, which is pretty much just a stone’s throw from the Copper Box Arena on the edge of the Olympic Park.

The studio is something special – around the size of a football pitch – so there is plenty of scope to be creative and deliver something eye-catching for the viewers.

Of course, we would much rather have people there in person to create an atmosphere, but we have to do the best with can with the cards we are currently dealt.

There is nothing normal about this new reality. Not least the eye-watering invoice for extensive Covid-19 testing to be carried out on our behalf.

As always though, in boxing, the safety of the fighters is paramount and we are putting every measure in place.