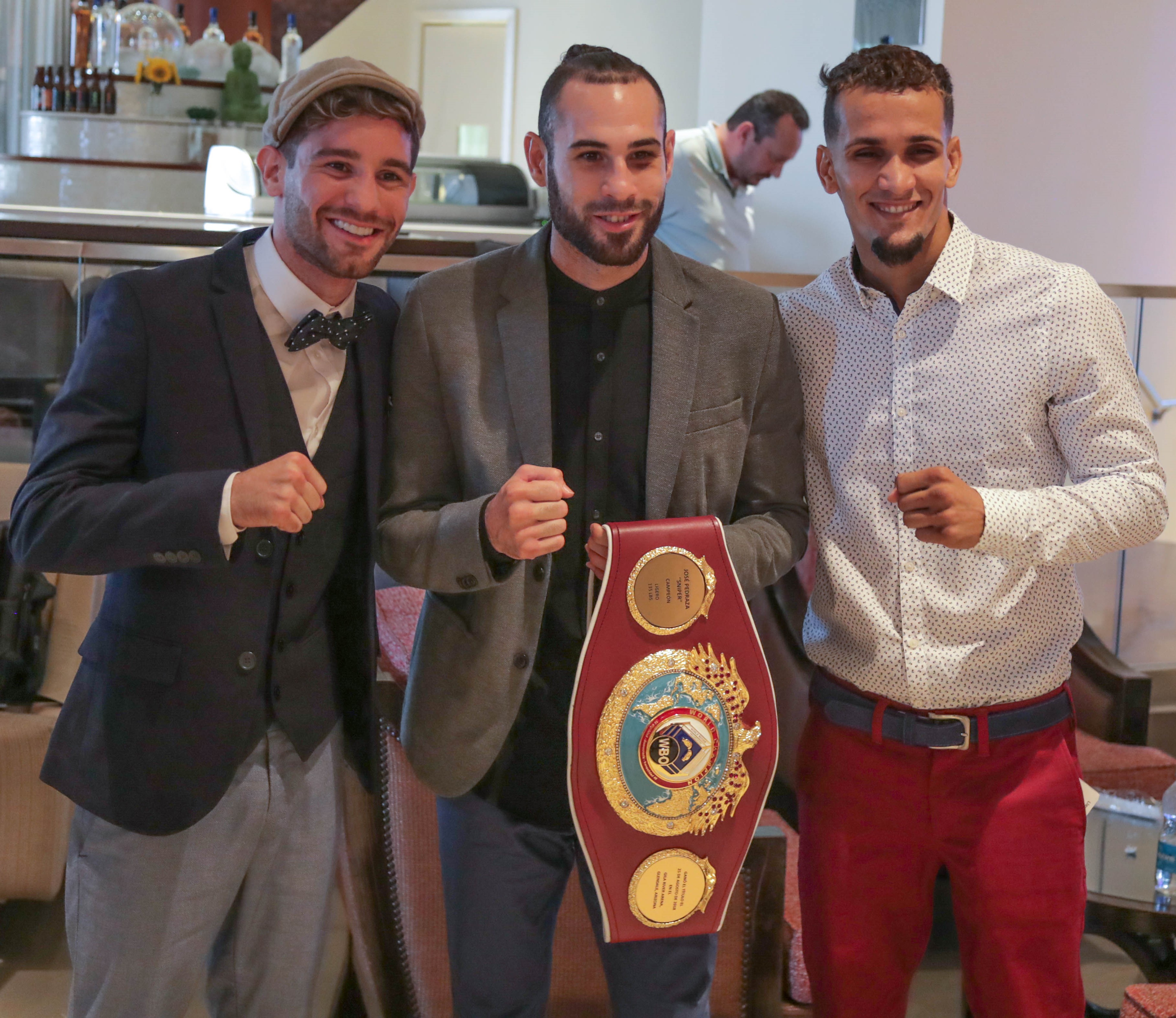 During the press conference the WBO gave to Jose “Sniper” Pedraza the belt that accredited him as the Lightweight World Champion (135 pounds) after defeating the Mexican Raymundo Beltrán last Saturday in Arizona.

The series “Sabado de Campeones en Casino Metro Boxing Nights” returns this Saturday, September 1, with the unbeaten Puerto Ricans Jeyvier Cintron and Luis “Popeye” Lebron in title bouts to be held at the San Juan Ballroom of the Sheraton Puerto Rico Hotel & Casino in San Juan, in a presentation of PR Best Boxing Promotions (PRBBP), which will be broadcast by Wapa Deportes.

“After a year we return to the Sheraton Puerto Rico Hotel & Casino with a great event and good fights for the delight of the fans and the audience that you will enjoy through Wapa Deportes. Jeyvier Cintrón fights again in this scenario for a belt and Popeye Lebron returns to Puerto Rico as a champion to defend his title, both against experienced opponents in the main matches,” said Iván Rivera, president of PRBBP. “We want to thank the Sheraton and Metro Casino because we are here again with another great program.”

In the main event, the two-time Puerto Rican Olympian (2012 and 2016), Cintron (7-0, 4 kos), who comes from defeating Venezuela’s Gregory Vera last month to win the WBO Youth bantamweight crown, will drop to 115 pounds to dispute the vacant WBO Latino title in that weight against the Mexican Francisco Alonso Melendez (15-2, 13 kos) to 10 rounds. Cintron, who belongs Top Rank, will fight for the second time on the Island, while this clash will be his sixth in 2018.

“I want you to know that God gave me a talent and I came to boxing to achieve great things, and among those great things is to mark my name in the history of boxing in Puerto Rico, I say it today and it will be like that. They will soon have a name in the book of Puerto Rican champions called Jeyvier Cintron,” said Cintron, who is trained by former world champion in two divisions Ivan ” Iron Boy” Calderón.

While Melendez said that “I feel happy to represent Mexico, it’s going to be a classic Mexico-Puerto Rico, I’m excited, ready.”

In the co-main event, Popeye Lebron (12-0-1, 6 kos), who will fight for the first time since April 2017 in Puerto Rico, will defend for the second time his WBO Latino featherweight title (126 pounds) against Chilean Robinson Laviñanza (13-4-2, 5 kos). Lebrón is currently ranked #12 by the WBO in the featherweights.

“I was told that Robinson Laviñanza had a delay in the flight, I want to tell him to come in good condition, because I am ready and we will have a good fight this Saturday,” said Lebron.

Photo and video by Victor Planas