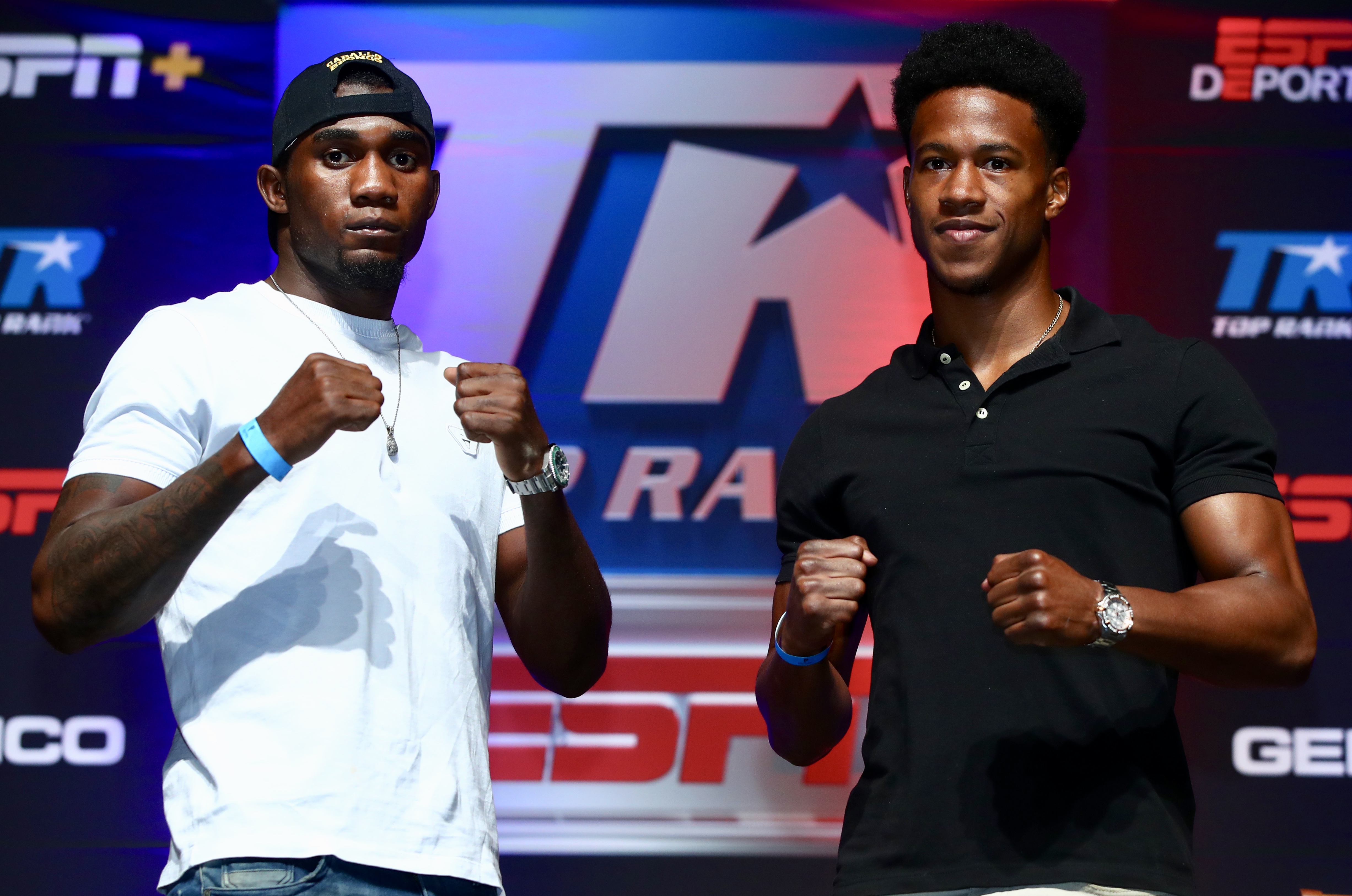 At Wednesday’s final press conference, this is what the fighters had to say.

“I had a very good amateur record. I’m a very talented fighter, and so is Patrick Day, but there is no fighter alive that can defeat me in the ring.”

“They are a great team. I’ve been training hard with Robert and Perfecting Athletes on the nutritional part, but I also have a lot of confidence in my talent.”

“The Dominican Republic is known for having good baseball players, but I’m trying to make it known that the country has good boxers as well.”

“My most recent success comes from within, my hunger, my desire. I just want to be great at something, not only in boxing but in life. And in life, I just happen to choose to box. That’s the avenue that I want to do. I’m not going to be mediocre. I suffered two defeats early in my career, so I had to {look within} and really evaluate myself.”

“This is a great opportunity. It’s an opportunity I’ve dreamed of – my opponent as well – and we’re both deserving of this opportunity. In my estimation, we are the two best 154-pounders in the world. These guys that have the belts, they’re good. It seems like Al Haymon really has his hands on the 154-pound division with all these prospects and champions, but these guys haven’t been tested yet. And they’re not the real deal. They talk big, they have the big ego and they’re really cocky, but what have they done? They’re not fighters like me and Carlos are. We’re going to set the tone, and we’re going to set an example for the 154-pound division.”