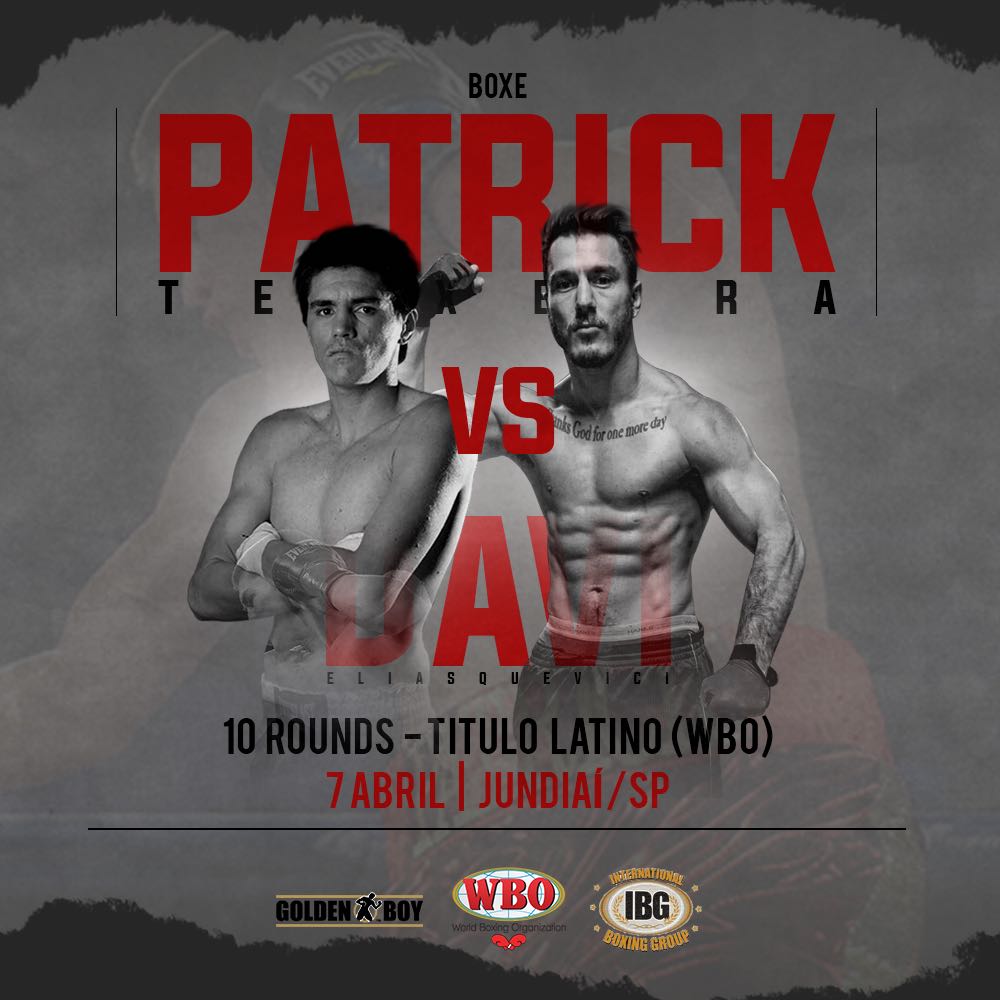 By Daniel Leal
Southpaw Patrick Teixeira (27-1, 22 KO’s) will be fighting against fellow countryman Davi “El Loco” Eliasquevici (14-4-1, 11 KO’s) for the WBO Latino super welterweight belt on April 7th, in Jundiai, Sao Paulo, according to the information given by the IBG – International Boxing Group, which is Teixeira’s management company. The once-beaten fighter is also promoted by Golden Boy Promotions in the United States.
Patrick Nascimento, his manager, confirmed that this will be the main event of the card that features former amateur star Taynna Cardoso (1-0, 0 KO’s) facing former two-time world title challenger Simone Duarte (15-11, 6 KO’s), for the female Brazilian featherweight title, sanctioned by the National Boxing Council.
After a long layoff, Teixeira, from Santa Catarina, came back in July of 2017, and picked up a win against Andrew Hernandez by unanimous decision, in Tucson, Arizona. Since then, he was waiting for the right opportunity to stay busy.

Eliasquevici, who was born in Americana, Sao Paulo, came to Argentina in 2016, and has since made four professional bouts in the coutry, winning two, and losing the others.
His last fight took place in April 2017, in the Argentinian Maldivians, when he defeated Henrri Polanco to grab the South American super welterweight title.
The two fighters are coming back from very important matches abroad but, they need this victory, and the belt, to keep their names relevant as they try to secure position with the international rankings. This is a rare case where Brazilians are going to face each other while looking for the spotlight outside of the country.