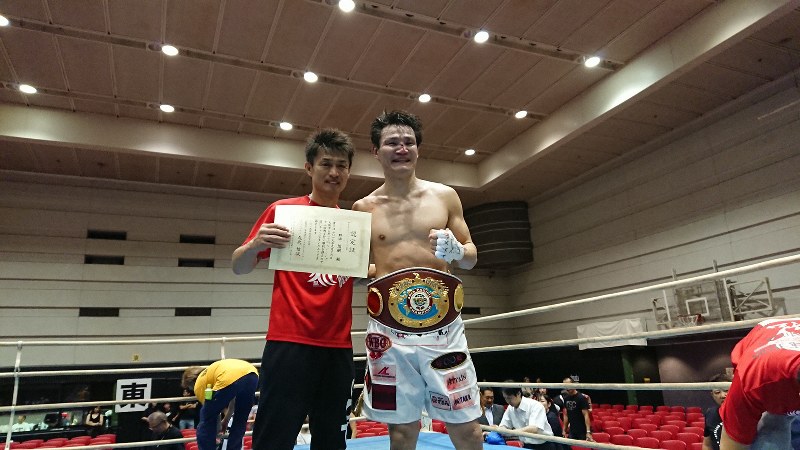 One thing we know about Korean fighters is that they come to win, no matter how big of an under-dog they are they won’t step in the ring to just accept a loss.

That was seen earlier today in Osaka when the unheralded South Korean puncher Yang Hyun Min (8-3, 7) [양현민] challenged WBO Asia Pacific Middleweight champion Yuki Nonaka (33-11-3, 10) [野中 悠樹]. On paper this was a mismatch, an easy first defense for Nonaka. But nobody told Min he was there to lose.

​The bout started slowly, with Nonaka looking to ease his way into the bout and control the distance. It wasn’t long before Min began to find success for his own shots, and in round 2 he began to land heavy shots on Nonaka, who struggled to stamp his authority on the action. Nonaka was becoming wary of Min’s hard right hand counters and although the Japanese veteran was doing enough to keep Min honest, and keep his nose in the lead, he wasn’t controlling the bout as many, including ourselves, had expected.

Nonaka had success with the right hook in round 5, but the following round he suffered a nasty cut to the bridge of his nose from a straight right hand. The shot seemed to rip a hole in the middle of Nonaka’s face and it got worse the following round, as Min began to build some moment and drag Nonaka into his fight.

The bout became an even bigger blood bath the following round when Min was cut from a clash of heads, and the fight quickly became a mess, with regularly head clashes between the two men, who were fighting up close. It wasn’t the clean action we’d often seen from Nonaka, through his career, but it was compelling, with both men leaking claret all over the ring.

It was tough for Nonaka, but became even tougher in round 9 when he was deducted a point for low blows. Thankfully for Nonaka Min’s lack of experience in the later stages of a fight began to show as both men tired. As the tempo slowed Nonaka’s jab began to land with regularity, which allowed him to take some of the later rounds and tighten his grip on the bout.

After 12 rounds both men were a bloody mess, Nonaka cut on the nose, swollen on the left eye and bruised around the chest, whilst Min sported huge cuts over both eyes. Despite the messy action Nonaka retained his title with a split decision, thanks to scores of 117-111 and 115-112 in his favor, and a card of 115-112 to Min.

After the bout Min suggested the bout should have been stopped due to Nonaka’s cut, and made it clear he was wanting a rematch. Nonaka, however, showed little interest in going again, stating that he was wanting a world title fight as soon as possible, admitting that his career hasn’t got long left. Nonaka isn’t going to be seen as a major threat at world level, but he and his team are clearly chasing one big bout. Interestingly that may come in December, if WBA “regular” champion Ryota Murata is in need for dance partner following Jeff Horn’s recent loss.

Photo via taken by Tetsuji Kurumi