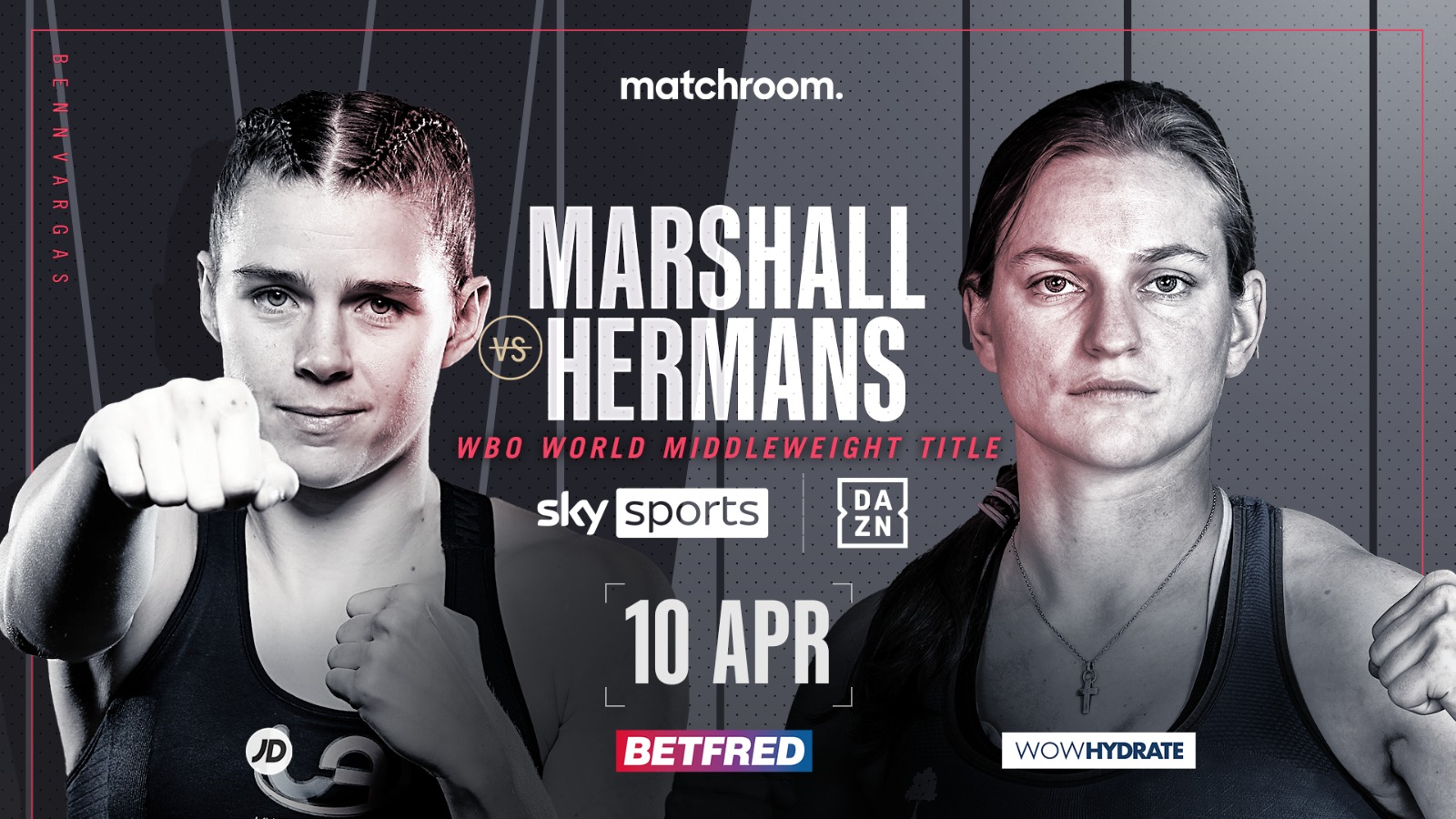 Savannah Marshall will make the first defence of her WBO Middleweight World Title against former World Champion Femke Hermans on Saturday April 10, live on Sky Sports in the UK and on DAZN in the U.S. and more than 200 countries and territories.

Marshall (9-0, 7 KOs) stopped Hannah Rankin in seven rounds to win the vacant WBO Title last October, the former amateur World Champion was a class above her Scottish rival from the opening bell and managed to go one better than her old foe Claressa Shields by ending the fight inside the distance.

She won the vacant WBO Super-Middleweight World Title by outpointing Nikki Adler on away territory in Germany back in May 2018, and will be hoping to cause another upset when she locks horns with Hartlepool’s Marshall.

The 31-year-old from Londerzeel in Belgium picked up the vacant EBU European Middleweight Title with a unanimous decision against Russia’s Luiza Davydoza in December and her latest World Title challenge will be the first time that she has fought in the UK.

“I’m really happy and I can’t wait for fight night in three weeks’ time,” said Marshall. “I’m very aware of Femke Hermans, a very good fighter. She’s been in with the best, she’s a former WBO World Champion, so I’m sure she’s going to try and get her belt back.

“I know she’s no pushover and I’m looking forward to getting in there. For me, this is probably my toughest test to date. The reigning European Champion. She lost out on a close decision to the World Super-Middleweight Champion, so I know it’s going to be a tough fight.

“I never go into a fight thinking I’m going to stop someone but I know if I land, whoever I land on, I will hurt them. I’m just looking forward to putting on a good display and showcasing my skills.”