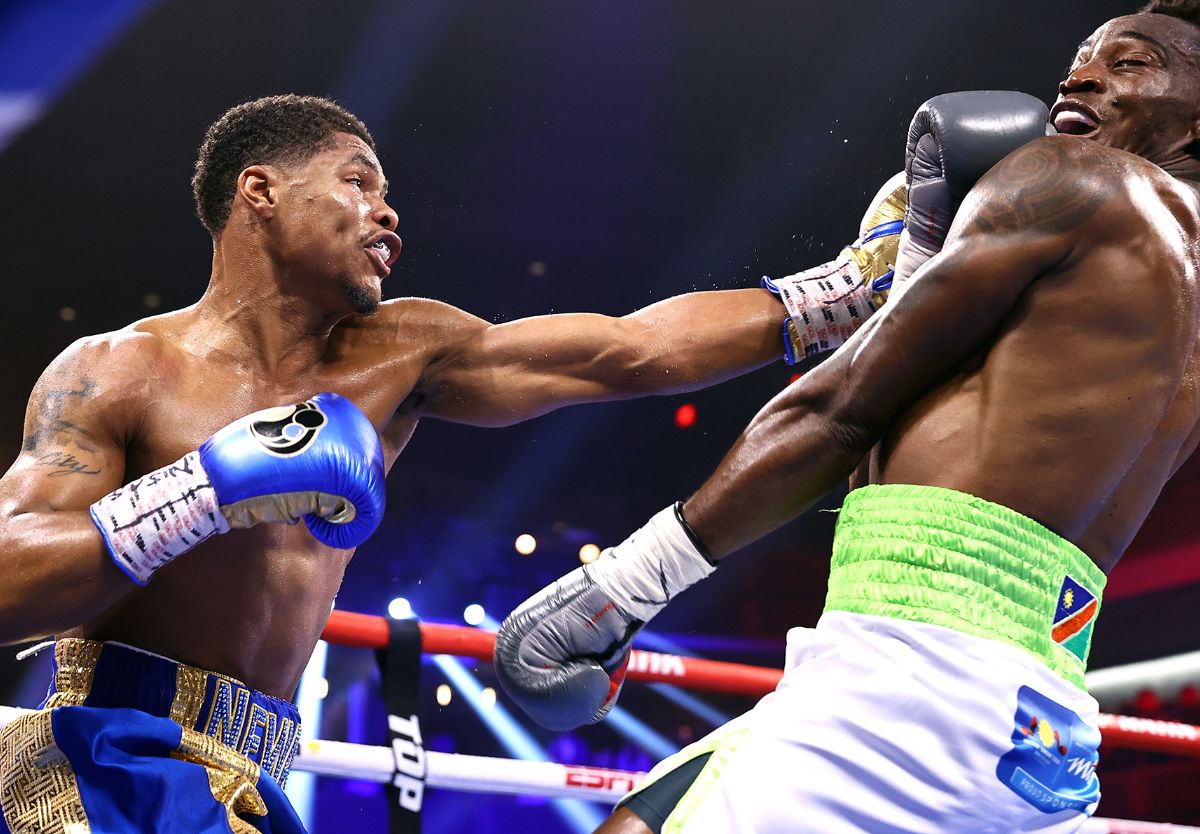 Shakur Stevenson said it would be one-sided, and he stayed true to his word, rolling past Namibian knockout artist Jeremiah Nakathila via unanimous decision (120-107, 3x) to win the vacant WBO interim junior lightweight world title Saturday at The Theater at Virgin Hotels Las Vegas.

.@terencecrawford checks in from just behind @ShakurStevenson's corner entering the final third of the fight.#StevensonNakathila | LIVE on ESPN & ESPN+ pic.twitter.com/2srVN5GSF2

Nakathila (21-2, 17 KOs) had the height and reach advantage but little else to trouble Stevenson (16-0, 8 KOs), a former featherweight world champion looking to conquer a second weight division.

Stevenson knocked down Nakathila with a lightning-fast right hook in the fourth round, and the one-way traffic continued into the second half of the fight.

The knockout did not come, and Stevenson had to settle for the one-sided decision. With Nakathila out of the way, he has bigger names in mind.

Blink and you'll miss it. 😳@ShakurStevenson catches Nakathila with a lightning right hook & puts him on the canvas to close out Round 4.#StevensonNakathila | LIVE on ESPN & ESPN+ pic.twitter.com/372cuB0SQT

“I tried to {get him out of there} a little bit, but I started getting hit with some solid shots. I ain’t really like it, but next time I’m going to work on moving my head a little bit more and step it up a little more.”