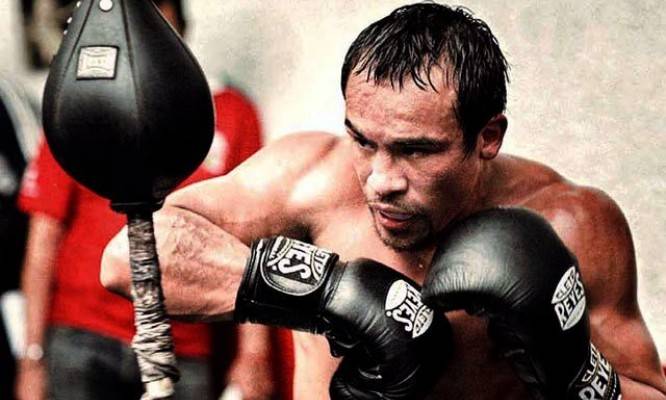 Juan Manuel Marquez Getting Closer To Next Opponent The future of Juan Manuel Marquez (55-7-1, 40KOs) should become clearer by Chistmas Day. On Thursday and Friday, Marquez will be meeting with the president of the World Boxing Organization, Francisco ‘Paco’ Valcárcel, who will be visiting Mexico.

Marquez would like a rematch with WBO welterweight champion Timothy Bradley (31-0, 12KOs), who won a split decision over the Mexican veteran in October.

Valcarcel wants to talk to Marquez about the possibility of facing the current WBO champion at 140-pounds, Ruslan Provodnikov. Marquez has rejected the idea of a Provodnikov fight in several interviews and even threatened to retire if he doesn’t get Bradley again.

Marquez did tell his promoter, Fernando Beltran of Zanfer, that he wants to fight twice in 2014 before retiring. Top Rank’s CEO Bob Arum, who works with Beltran, confirmed those negotiations are ongoing.

“I spoke with Beltrán and he informed me that he is already speaking [with Marquez]. Márquez wants to do two more fights before retiring. We are going to speak before Christmas Day. We believe that a rematch can be done with Bradley and that he could also fight with Provodnikov,” Arum told Carlos Navaez.