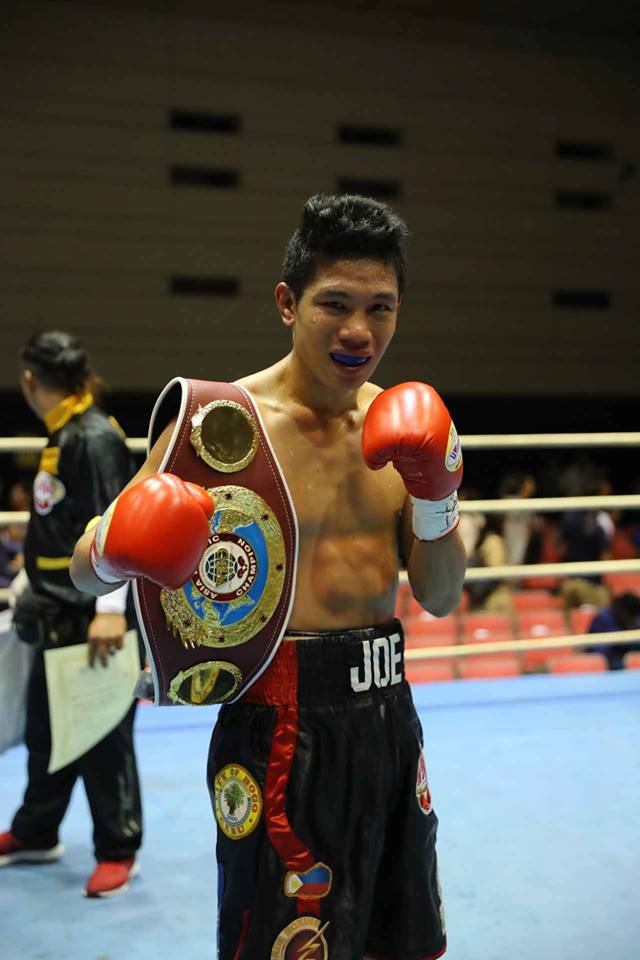 In Osaka, Japanese-Filipino Joe Noynay (17-2-1, 6) score one of his best wins to date, stopping former Japanese champion Kosuke Saka (18-5, 15) [坂晃典] in the second round, to claim the WBO Asia Pacific Jr. Lightweight title.

On paper the bout looked like it would be really competitive and really interesting. In fact if we’re being honest it looked like one of the most intriguing match ups of the month to take place in Asia. Sadly though the bout it’s self ended up being a bit of a mismatch.

​Both men looked like they would try to establish their styles early on. A big left part way through the opening round dropped Saka, and it quickly became apparent that the visitor had the edge in skills, speed and had enough power to hurt Saka. More worryingly for Saka however was the fact he had no answer for Noynay’s left. Despite getting up from the first knockdown Saka was down again before the opening round ended, and it was clear that he was out of his depth.

In round 2 Noynay would again land a big left hand. This time it didn’t send Saka down, but did leave the Japanese punch wobbling around, and the referee jumped in to save him, rather than letting Noynay tag a defenseless Saka, who really couldn’t handle the power of Noynay even when he had his defenses in tact.

After the bout Noynay spoke to the press and stated that Saka has powerful punch and was dangerous but grew in confidence after the first knockdown, before thanking Japan for the opportunity. Saka on the other looked incredibly disappointed with himself and his performance.