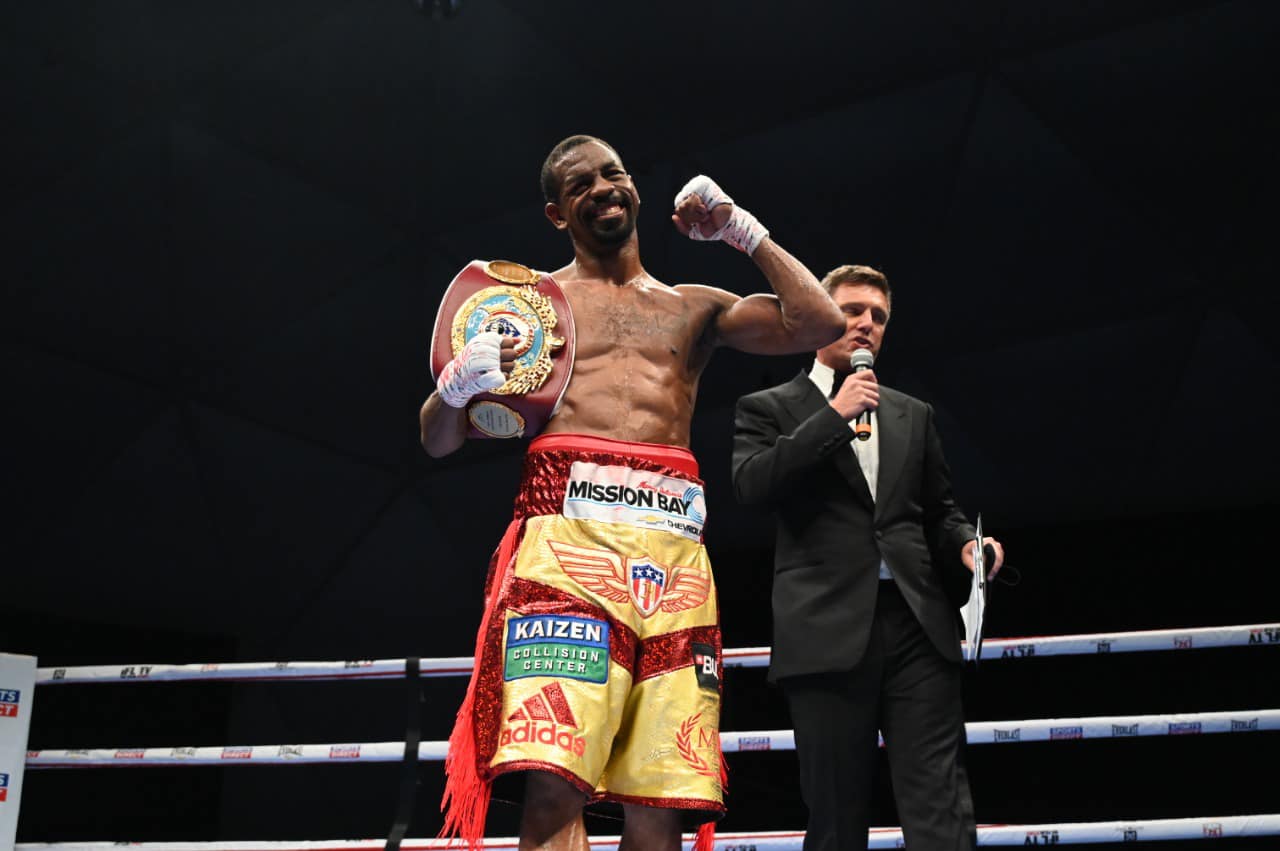 DUBAI — Jamel “Semper Fi” Herring, at 35 years of age, authored the signature win of his career. Herring dominated and then stopped Carl “The Jackal” Frampton in the sixth round to retain his WBO junior lightweight world title Saturday from Caesars Bluewaters Dubai.

Herring (23-2, 11 KOs) dropped Frampton twice in the fight, the second one coming in the sixth round courtesy of a brutal uppercut. A follow-up assault prompted Frampton’s corner to throw in the towel, ending what had been an entertaining, phone booth affair.

“I’m just honored to share the ring with him, Herring said. “He’s a two-division world champion. He’s done great in the sport of boxing, and it was just an honor.

“It was an emotional rollercoaster just to get here. My last outing was not my best. People doubted me. They called me every name in the book, but even with the cut, I wasn’t going to give up. I wasn’t going to quit, and Carl Frampton is a tremendous champion. I’ve been a fan since day one. It’s tough to see any veteran of the sport go out like that.”

Frampton (28-3, 16 KOs), from Belfast, was attempting to become the first man from the island of Ireland to win world titles in three weight classes. Having fallen short of that goal, the 34-year-old elected to retire.

Frampton said, “I said before the fight I’d retire if I lost, and that’s exactly what I’m going to do. I want to just to dedicate my life to my family now. Boxing has been good to me. It’s also been bad to me, but the last few years with these boys have been the best years of my career. I just want to go home to my beautiful wife and kids, and that’s it.

“I just got beat by the better man. I really struggled to get inside on him.”