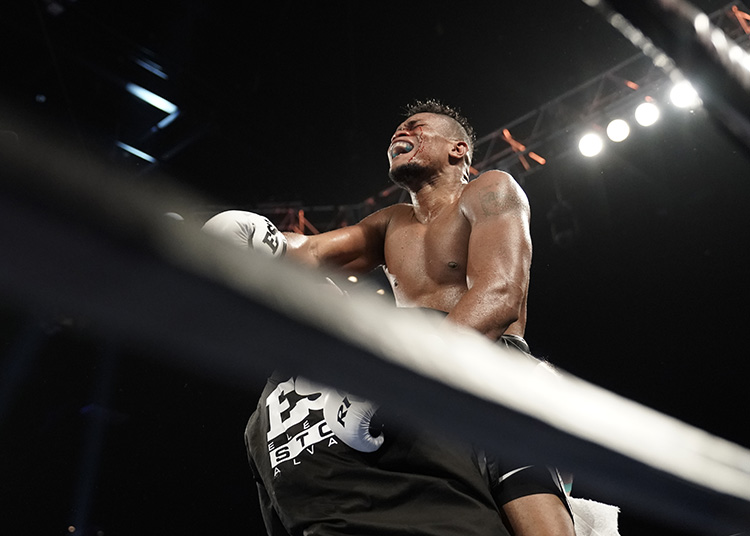 Alvarez found success with his jab early in the fight, snapping Kovalev’s head back at times. In the fourth round, Kovalev found his range and started strafing Alvarez with pounding head shots from right and left, with body work mixed in. Most other opponents would have withered under the assault, but Alvarez made it out of the round on his feet.

The pair continued to trade punches for several rounds. Two minutes into the seventh round, Alvarez, not previously known as a knockout puncher, delivered perhaps the single hardest punch of his life, a perfectly placed right to the head which threw Kovalev back onto the canvas. Kovalev beat the count, but as the final seconds ticked down, Alvarez knocked Kovalev down twice more, and referee David Fields ended the fight at 2:45 of the seventh round.

“I can’t describe how I feel,” said an elated Alvarez, thanking God and his entire team including trainer Marc Ramsey and promoter Yvon Michel, along with his family and the people of both Quebec and Colombia.

Speaking on Instagram from the back of an ambulance en route to a local hospital, an upbeat Kovalev reassured fans he was all right. “I am on my way to the hospital to check my head, check my body … I feel OK. Thank you everyone, thank you very much to all the fans around the world for your support. I love you, and I’m fine.”