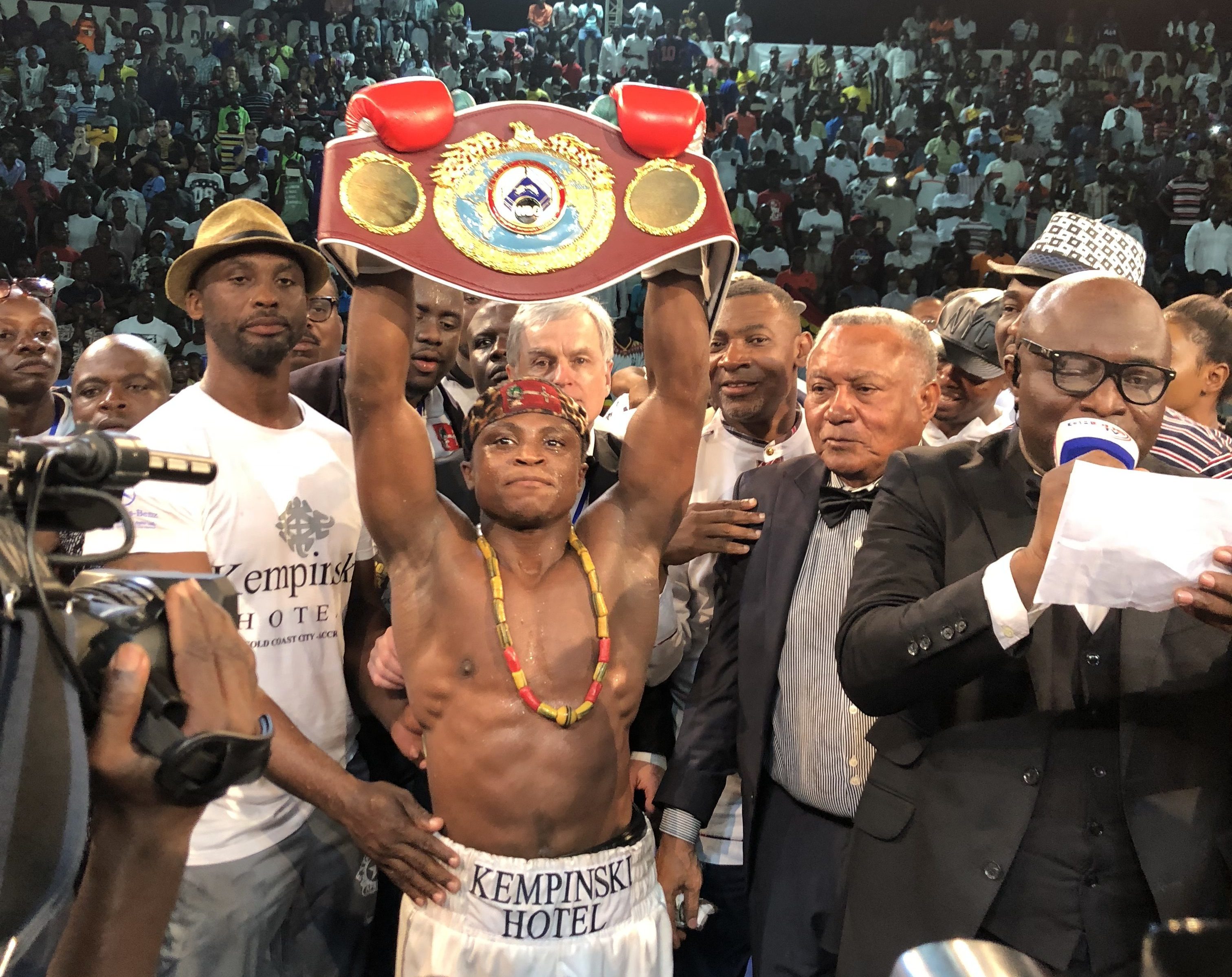 In the first world title fight of 2018, WBO #2 jr featherweight Isaac Dogboe (18-0, 12 KOs) stopped WBO #1 Cesar “Corazon” Juarez (25-6, 15 KOs) in round five to claim the vacant WBO interim title on Saturday night at the Bukom Boxing Arena in Accra, Ghana. Dogboe dropped Juarez in round two, and battered him for the remaining two minutes. Juarez recovered well and round three was toe-to-toe. Juarez was floored again in round five. He beat the count, but was in bad shape and the bout was stopped by referee Tony Weeks. Time was 2:12. Dogboe is now in line to face the WBO’s full champion Jessie Magdaleno, who had to pull out of a fight against Juarez due to a wrist injury. “Jessie Magdaleno, I’m coming for you!” said a jubilant Dogboe after the fight.