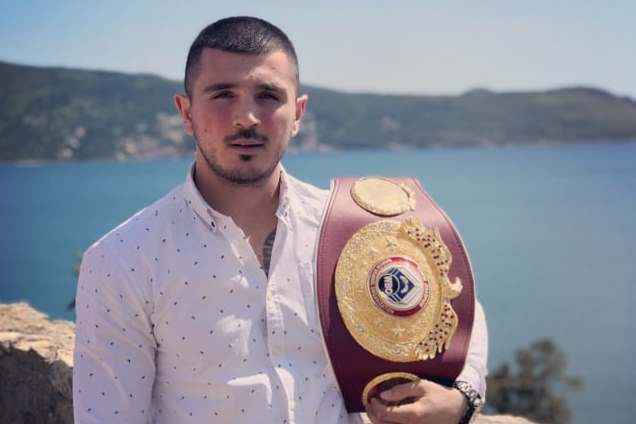 In Belgrade, Serbia, cruiserweight Dilan Prasovic moved to 14-0 with a ninth-round stoppage of Edin Puhalo.
(via www.worldboxingnews.net)

With the reverse, Puhalo dropped to 19-1. Prasovic won a WBO final eliminator defeating Puhalo in a poor fight featuring too much clinching and a lack of technique from Puhalo.

Montenegrin Prasovic floored Puhalo with a left hook to the temple in the second, and by the fourth, Puhalo was bleeding heavily from the nose. Prasovic dominated the action before the fight was halted in the ninth round.

Prasovic was on top in the ninth when a clash of heads opened a bad cut over the right eye of Puhalo. He looked at the referee as if to complain, and Prasovic took advantage of that stupid mistake from Puhalo and landed a left hook to the body. Puhalo went down on one knee, still complaining. He got up, walked to a corner, and stood there with blood streaming from the cut over his eye, and made no attempt to continue, so he counted out on his feet.

The 25-year-old Prasovic has won 9 of his last 10 fights by KO/TKO and will now be the mandatory challenger for the winner of the vacant WBO title fight between Krzys Glowacki and Lawrence Okolie on 12 December.