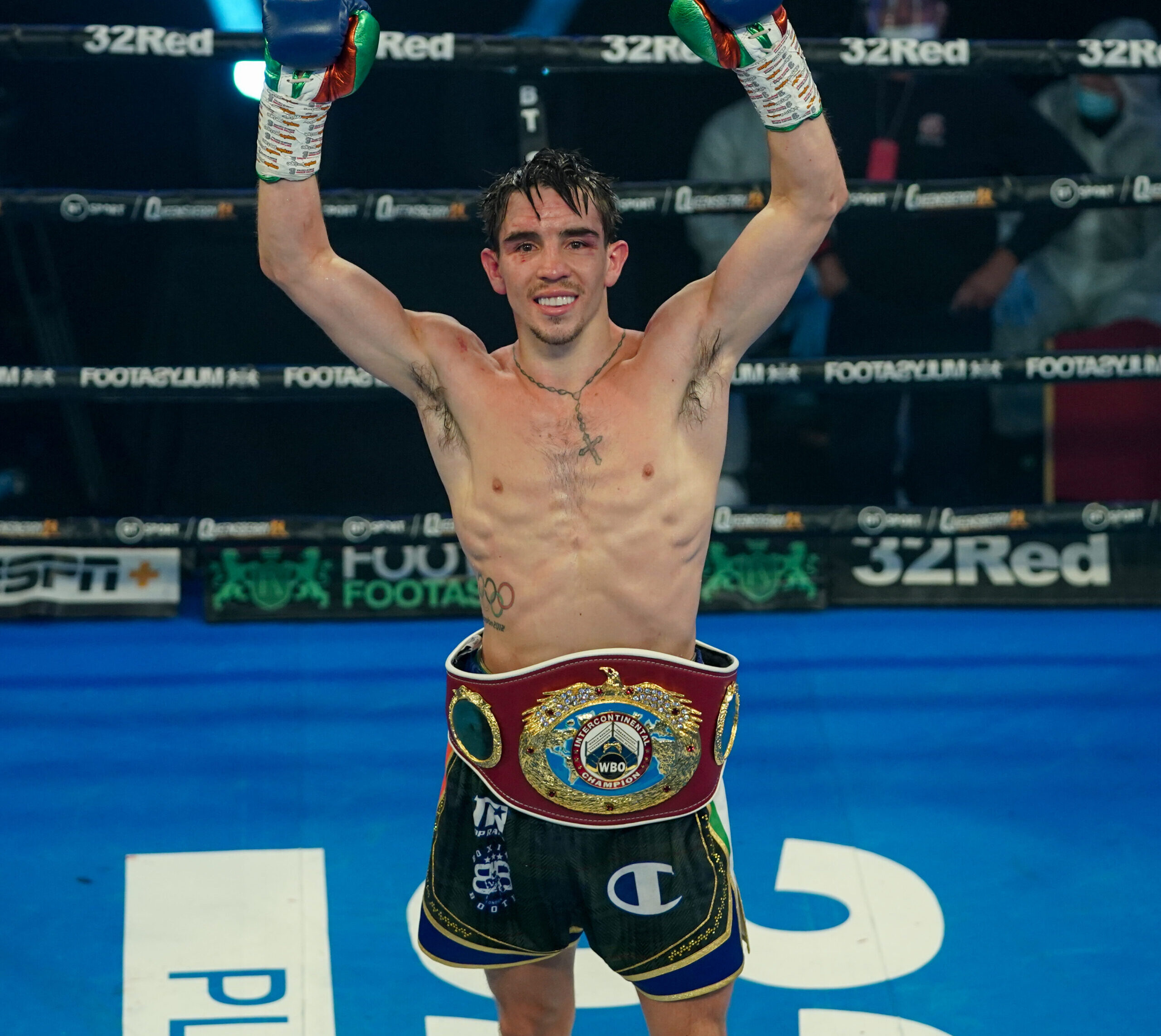 Michael “Mick” Conlan’s junior featherweight debut was a little tougher than expected, but the Belfast native pulled through. Conlan edged Ionut Baluta by majority decision (114-114, 115-114 and 117-112) to win the WBO Intercontinental junior featherweight belt Friday in London, formally announcing his intentions as a world title challenger at 122 pounds.

Conlan’s junior featherweight coronation was almost spoiled, as Baluta closed the fight strong in the final three rounds. Conlan’s early lead proved too much for the Romanian-born contender to overcome. Baluta (14-3, 3 KOs), whose awkward attack was difficult to decipher, entered the bout coming off upset victories over a pair of Conan’s Irish countrymen, TJ Doheny and Davey Oliver Joyce.

Conlan (15-0, 8 KOs), who is the WBO No. 1 junior featherweight contender, can now look toward a title shot shortly. Whether the title shot is next, or a couple bouts down the line, remains to be seen.

Conlan said, “Baluta is a tough character, tougher than I thought. And he showed it in his last two performances. He’s as game as they come. But he was missing tons of punches, so I wasn’t really worried. But when {the first scorecard read} was a draw, I was like, ‘What’s going on here?’

“It was a good fight, good preparation for what’s to come.

“I’ll stay active. I’ll fight in August anyway, and I’ll get straight back in the gym.”