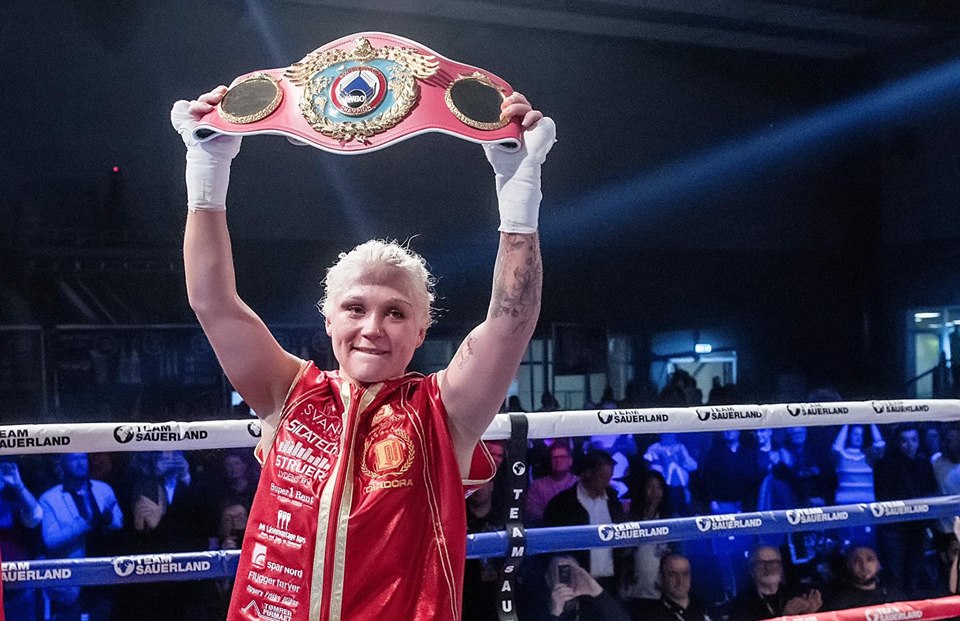 Before the match against Mexican Jasseth Noriega, Dina was World Champion in the Jr. Featherweight division but with a rock-solid victory after 10 rounds, Dina was able to rejoice with another World Belt.