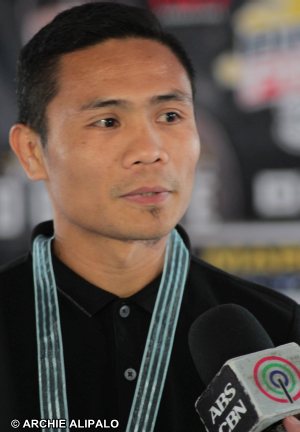 There’s been another change in the opponent of WBO light flyweight champion Donnie “Ahas” Nietes, the longest reigning Filipino world champion who is scheduled to defend his title at the classy Mall of Asia Arena on March 28 in a blockbuster card that will also feature the comeback fight of five division champion Nonito “The Filipino Flash” Donaire.

The WBO official notified both parties that they were given 30 days to negotiate an agreement and if they failed to do so a Purse Bid would be called within ten days.

Aldeguer consulted Nietes and his team and said they were willing to face Rodriguez although he suggested that Nietes be allowed to fight Ceja as originally planned on March 28 and face Rodriguez in July.

On Monday, Aldeguer learned that Rodriguez “wasn’t ready to fight on March 28” and that Nietes will now defend his title against Gilberto Parra who is ranked No. 13 and Nietes will fight Rodriguez in a mandatory title defense on July 4.

Aldeguer informed the Manila Standard/Viva Sports “we have not signed the contract as yet but hopefully we should get it done by tomorrow (Wednesday).”

The merry-go-round once again highlights the difficulty Filipino promoters have in dealing with Zanfer while it also raises the question as to why the WBO insisted on a mandatory title defense when the challenger was not ready.

Parra has an impressive record of 17 knockouts in 19 wins with one of his losses suffered at the hands of Martin Tecuapetla who scored a lopsided ten round decision on November 2, 2013.

Tecuaptela is the same fighter who dropped a ten round majority decision against Milan Melindo in a clash for the WBO International title on May 10, 2014.

In his last fight on February 14 this year, Parra was cut on his left eye in the 2nd round of a scheduled ten round bout against Maximino Flores with the bout declared a “no contest.”