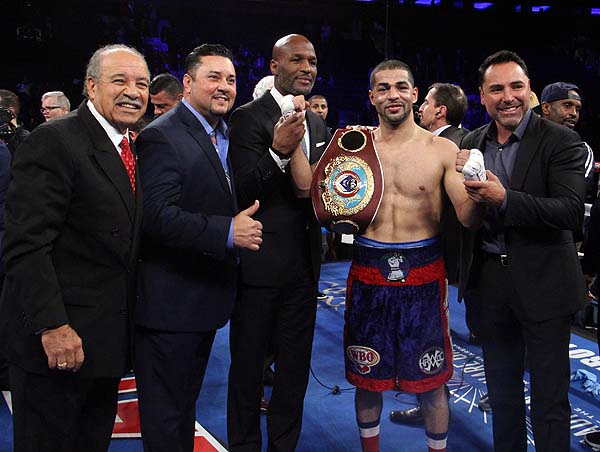 Both fighters started cautiously, testing each other with the jab in effort to see what lay ahead the next possible 12 rounds. Ali wobbled Cotto in the 2nd with a stunning straight right but seconds later went down via a slip to kill any momentum he may have had. The 3rd brought back and forth action from both fighters leading to intelligent exchanges and a more dominant Cotto round. Ali then turned the tables on Cotto in the 4th, landing overhand right hooks that stopped Cotto in his tracks and building his confidence. Round 6 saw Cotto deliver a right hook that sent Ali flying to the ropes, reminding the younger fighter whose goodbye party it was. The later rounds become closer affairs as both fighters began slowing down and were able to better time their punches, some landing flush yet still nothing significant between the two to separate them on points. The 10th round brought out another of Ali’s finest rounds as he shocked Cotto with a lunging left hook that backed him up and continued to apply an assault with no response from Cotto. The 12th round saw a reemergence for Cotto which may have saved the day given how close some of the rounds had been.