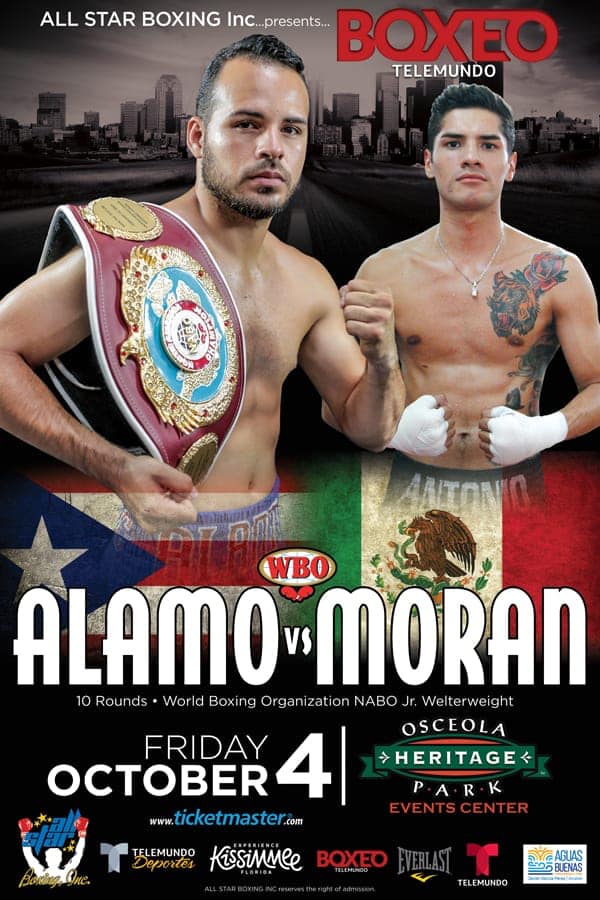 This championship fight will kick off a series of events billed “Tournament Of Champions” were the WBO is offering a platform with special guest to their champions ahead of the convention that will take place December 2-6 in Tokyo Japan.

“It is an honor for me to be the headliner in this great WBO event” continued Alamo “Friday night will be a big day for Puerto Rico to celebrate both Amanda Serrano and my 2nd title defense.” Yomar Alamo NABO Champion

This is a special night for the people of Puerto Rico, as Kissimmee is a second home to many outside the Island,” Zabala continued “We look forward to another great night of boxing with a main event that promises fireworks.” Felix “Tutico” Zabala President Of All Star Boxing, Inc