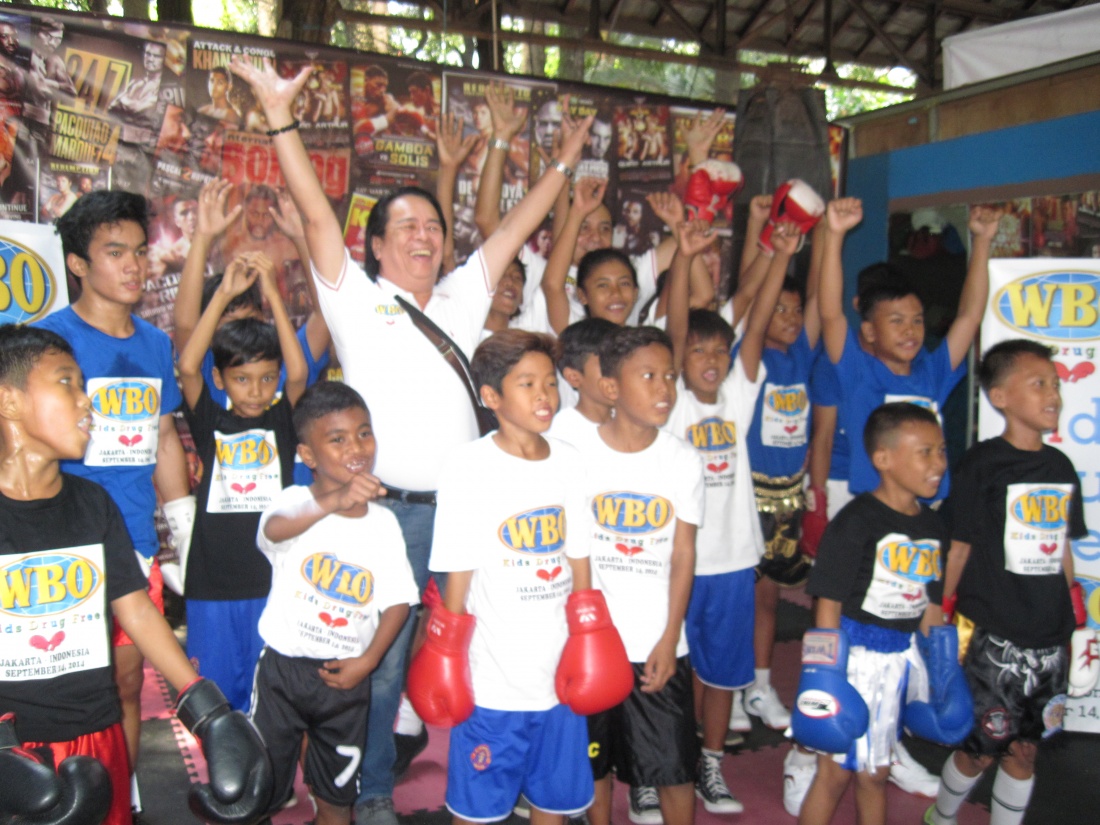 Once again, the World Boxing Organization extended the Kids Drug Free Program (WBO-KDFP) and reached the children of Indonesia.  After three years of successful campaign, the WBO once again had lengthen its 4th annual program in the Central city of Jakarta’s commercial and recreational area of Blok M Bulungan Gym. This time the program was focused in an Amateur Boxing League of children that were qualified to participate in the forthcoming National Amateur boxing meet to be held at the end of this month in a nearby Tangerang district.

It must be recalled that the first program in January 2011 was held in the 2nd biggest City of Surabaya, the second program ceremony was held on April 2012 in the central City of Jakarta at the government’s TVRI studio following a WBO Asia-Pacific championship and the 3rd was held in East Jakarta Taman Mini Football stadium were an all youth amateur football participated the ceremony in coordination with IGN. Slamet Riyadi Football Club.

With the blessings of the Honorable WBO President Francisco Paco Valcarcel, Esq. and thru the directives and guidance of the WBO Asia-Pacific Vice President & Chairman Leon Panoncillo, Jr to the WBO Asia-Pacific Board Member Antonio M. Comia who leads the gift-giving program with gracious participation and support of the Secretary General Martinez Dos Santos of the Indonesian Amateur Boxing Association (Pertina), received huge gratitude  from the youth amateur boxing community.

In the process of promoting sports, it has been the campaign of the WBO to use sports to prevent the youth from using drugs. The WBO utilize its rich pool of personnel all over the world to organize these charitable activities. The KDFP has been going on for several years now in this part of the world such as Philippines, Australia, Thailand, Tanzania, Indonesia, among others.