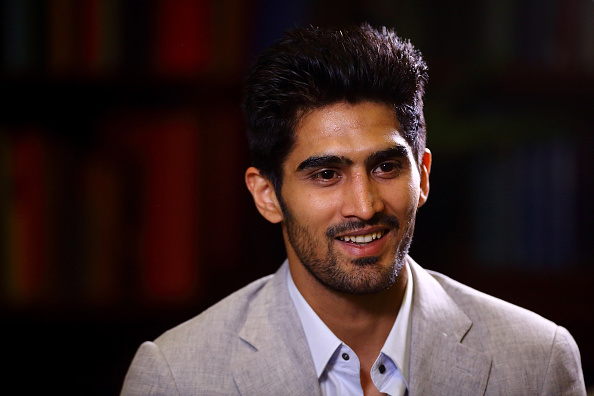 Indian boxing sensation Vijinder Singh faces the toughest test of his four fight career when he takes on experienced Frenchman Matiouze Royer on on Saturday 30 April at the Copper Box Arena, exclusively live on BoxNation.

Indian superstar Singh has made an explosive start to life in the paid ranks by blowing away his first four opponents inside three rounds.  Royer, 29, is Singh’s most experienced opponent to date and will proved a stern test for the big-hitting Indian.

The 6ft terror from Bayonne in South West France is a veteran of 44 fights with 14 KO’s and has tested himself against top super-middleweight talent including WBO European Champion Jamie Cox who he lost out to on points back in 2013.

Tattooed warrior Royer from France has racked up 250 gruelling rounds under his belt compared to Singh’s nine and has no fear fighting abroad taking bouts in Spain, Italy and Finland.

Royer has only been stopped twice in a career spanning over seven years and will be looking to spoil the party when he makes his second appearance on UK soil. Singh, 30, knows it is crucial that he wins at the Copper Box Arena and then again at Bolton in May before setting his eyes on a huge Indian homecoming in June.

Undefeated Singh claimed his fourth professional win at the Liverpool Echo Arena last month with a blistering fourth round stoppage of Hungarian Alexander Horvath. The Indian knockout merchant ended the contest in the third round with a crippling body shot and will be looking to claim another big KO win at the Copper Box Arena.

An excited Singh said: “I’m thrilled to be fighting on the same card as the WBO World Middleweight Champion Billy Joe Saunders. Saunders is in the position that I want to be in one day, the middleweight champion of the world. It will be my first time fighting in the capital of England and I can’t wait to show the people of London my explosive power.”

He added: “2016 is shaping up to be a massive year for me. I have a busy few months ahead of me and will be looking to carry on my KO streak with another big performance against Royer. He’s an experienced fighter so I’ll need to be at my very best to overcome him. Once I’ve dealt with him I’ll be looking ahead to my next date in Bolton before gearing up for my massive homecoming in India this summer.”