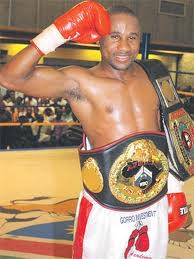 Namibia: Night of the Big Punchers Ambunda squares up against the South African challenger in the main bout of the annual Independence Boxing Bonanza at the Windhoek Country Club tonight.

The unbeaten Namibian boasts a remarkable record of 18 wins from the same number of fights since he joined the paid ranks in 2007. He has an unbelievable record of 10 stoppages to his credit and says Mbele will be next on his hit list.

However, the equally impressive Mbele remains unfazed and says he has seen enough of his opponent and believes he has what it takes to bring an end to Ambunda’s dominance in the bantamweight division.

“I know he is very strong boxer but I’m well prepared for this fight and have no doubt in my mind that I will win – come tomorrow (tonight),” said the highly confident 22-year old boxer from Katlehong, south of Johannesburg.

“I’ve been training very hard and I’m fit and my primary aim is to use this fight as a tune-up for my aspirations towards a shot at the world tile. The fact that my opponent has 19 fights under his belt, despite his relatively young age, does not mean anything to me at all,” boasted Ambunda, who unfortunately hit the scale at 53.60 kg – almost 100 grams over the required limit of 53.52 kg.

His opponent tipped the scale at 52.55 kg and was given a clean bill of health by the medical team during the weigh-in and medical check-up yesterday.

The Namibian was required to shed some weight within an hour after the official weigh-in while failure to do so would see him lose 10% of his purse.

Ambunda is without doubt the best bantamweight boxer on the African continent, pound for pound, and should have little problems in adding young Mbele to his long list of casualties. Mzoliso, were given the nod by the medical and inspection team after both boxers passed through the checkpoint without any hindrance.