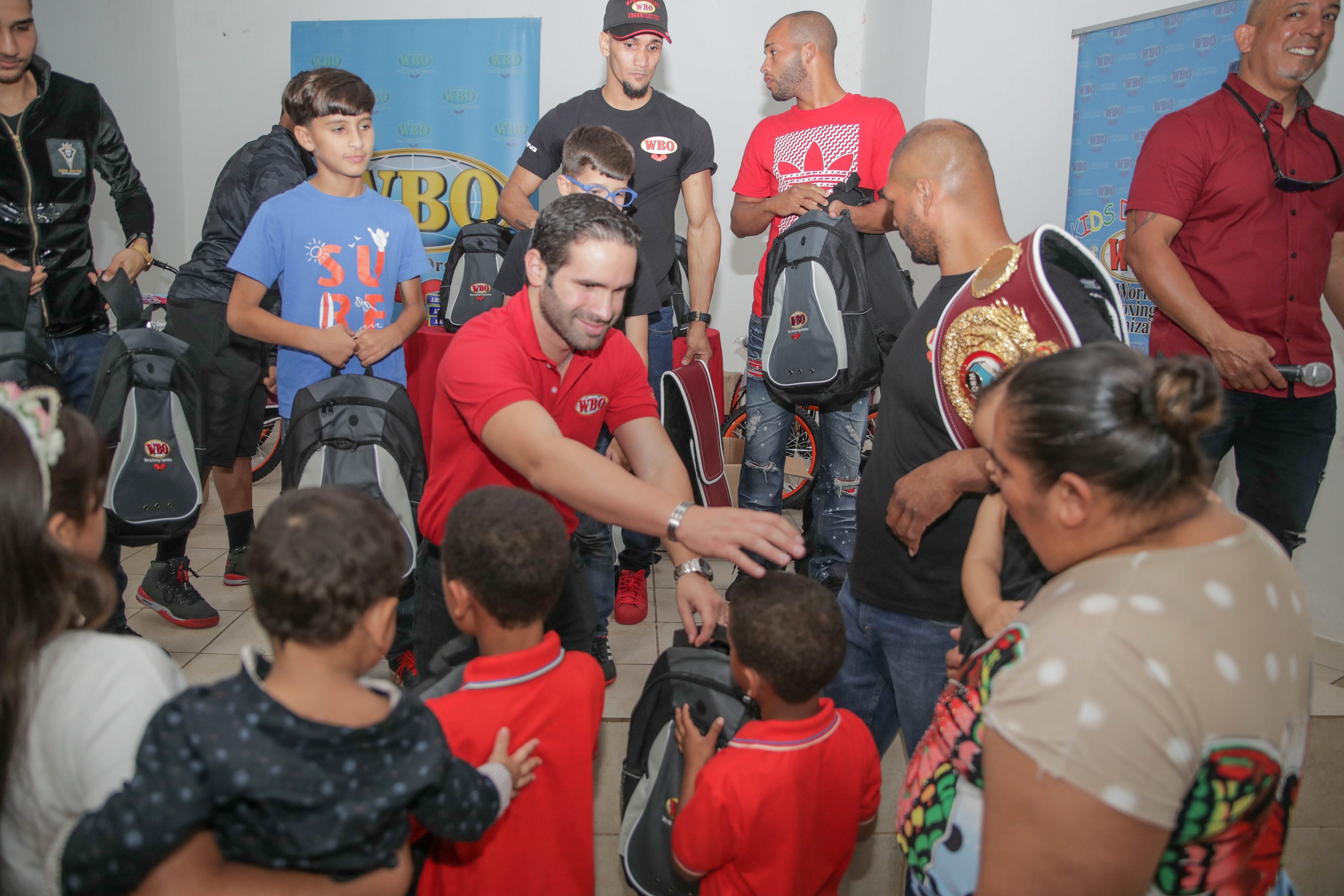 In a festive family atmosphere, the World Boxing Organization (WBO), through its successful WBO Kids Drug Free program, delivered bicycles, school supplies and sporting goods to the children of Cubuy in the town of Canóvanas, Puerto Rico. 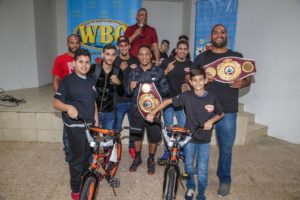 “Every day we work with children to be world champions in the ring or, more importantly, in life. We work to be disciplined for life. We thank the WBO for helping in this process with their activities for the children, who are the future”, said coach Ayala.

WBO President Valcárcel told everyone present that “the work everyone is doing here is tremendous. Thanks to people like ‘Chuito’, who work very hard and unselfishly for the benefit of the children, that are our priority. Here we give them some gifts they can take home because they behaved well. If they respect their elders, behave well, and respect their parents, the Three Kings will arrive”.